No items found.
Product is not available in this quantity.

"We are a family owned and operated company and believe our business commitments are the same as our personal commitments. We work hard to keep our word!"

Who we are
Our History
How it Started 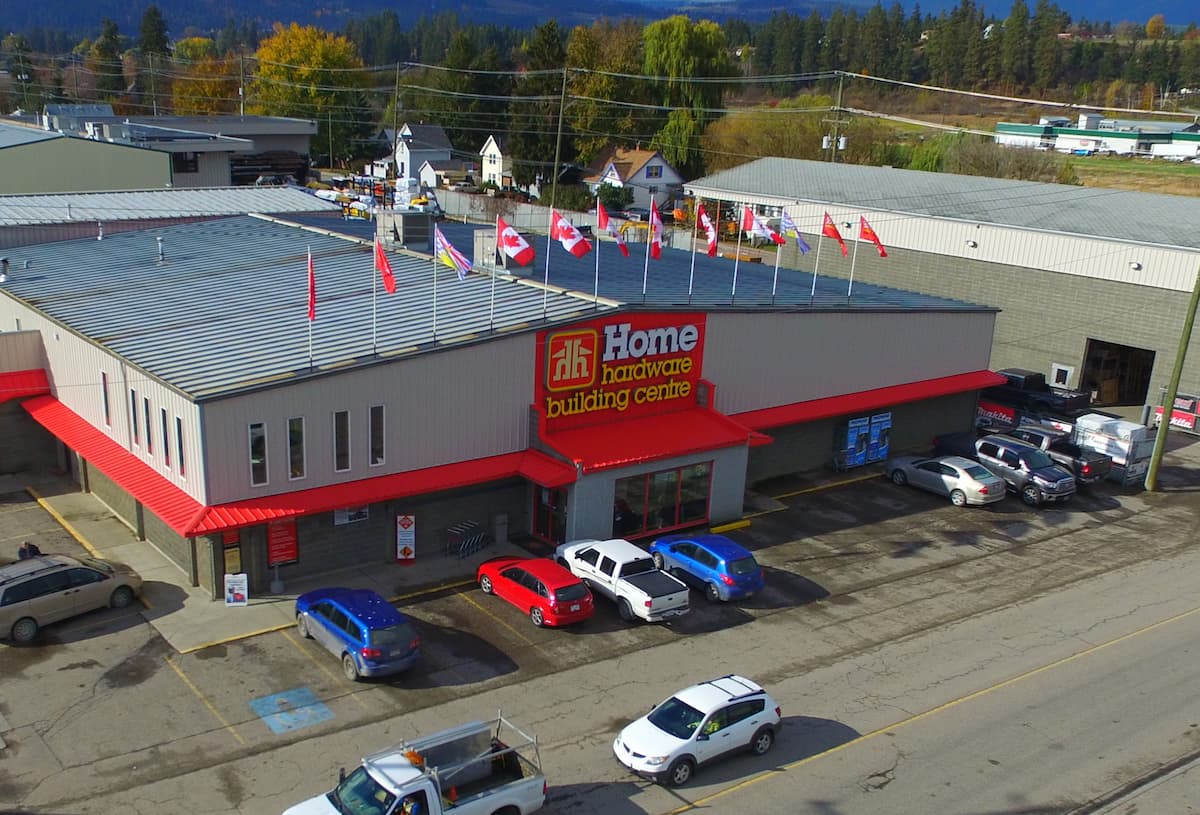 Shepherd's Hardware deserves the reputation it has for great service to the community of Armstrong over the last 62 years. We are proud to have such a historic business in Armstrong and hope that it will thrive for many more years to come.

Shepherds Hardware has been owned by 2 families since 1925. It was started by the Shepherds family and purchased by the Melvin brothers in 1972. It is now owned by Dale & Sandy Melvin, Jim Hudson and Kyle Melvin.

Locally owned and operated since 1925

On April 1st, 1925, John "Jock" Duncan Shepherd, a hardware man, from Erskine, Alberta moved his temporary home in Ladysmith, BC, to Armstrong, and purchased the P.T. Goulter Hardware store. Immediately he changed the name to "Shepherd's Cash Hardware". On July 1st 1939, his youngest son, Charlie Shepherd, joined him in the business. The store has had more recent owners, the Melvin brothers, but it still thrives today in Armstrong under the name of Shepherds Hardware. 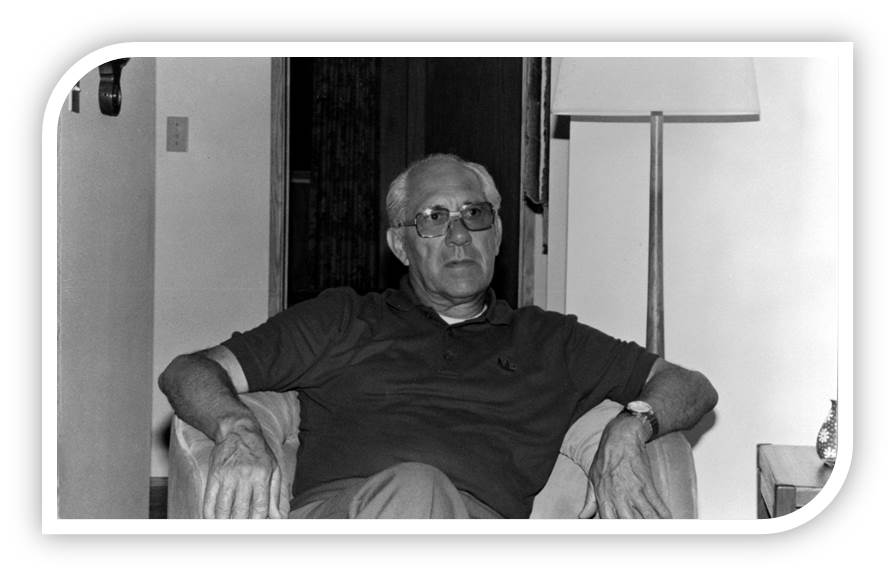 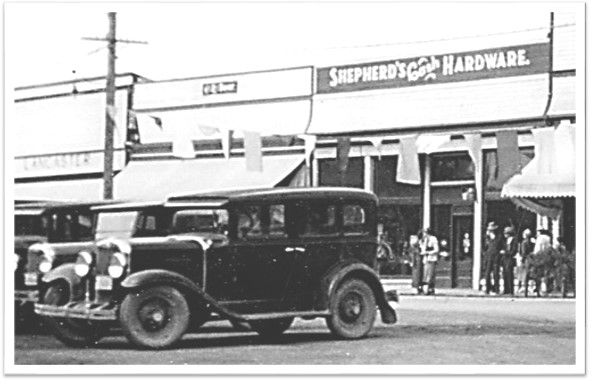 This is the original location back in 1925.It was located on the north side of what is now Pleasant Valley Blvd. 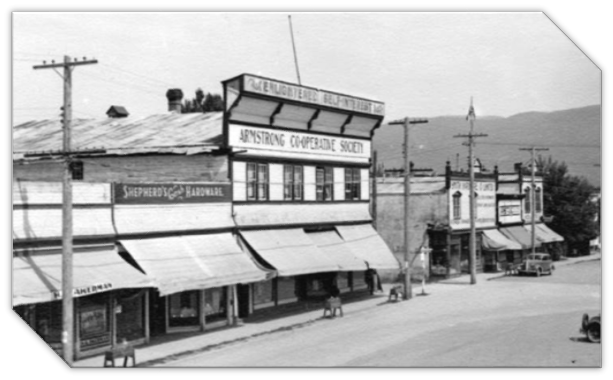 This is looking east on what is now Pleasant Valley Blvd. You can see our store next to the CO-OP building. 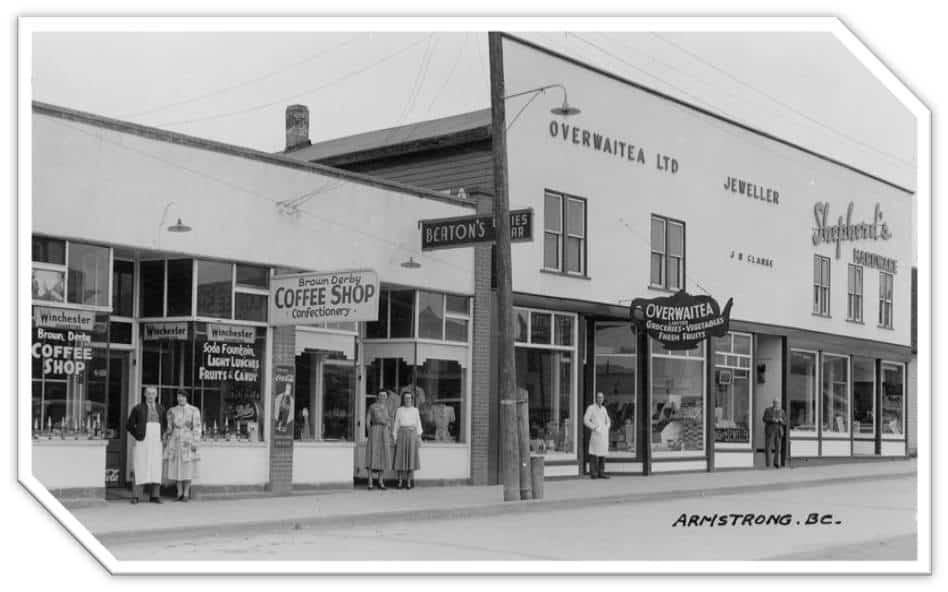 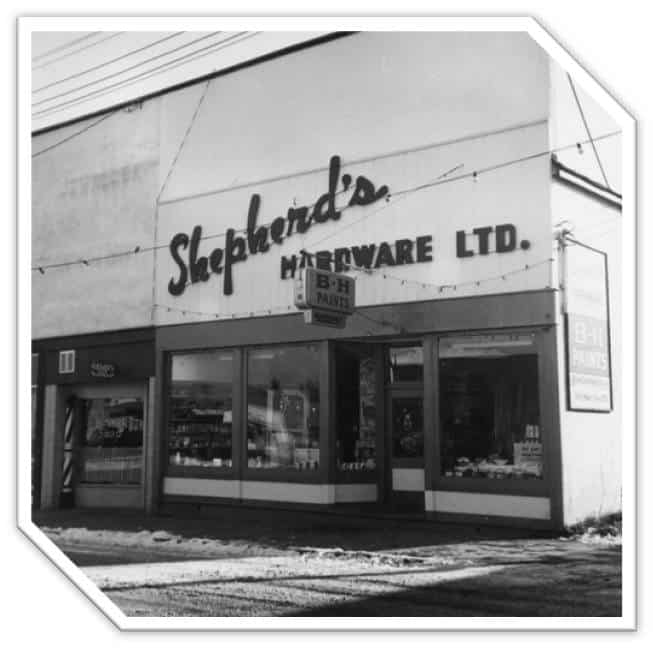 Shepherd's in the late 50s-60's. Shepherd's Hardware just prior to the 1967 festival when they changed the store to a Western theme. 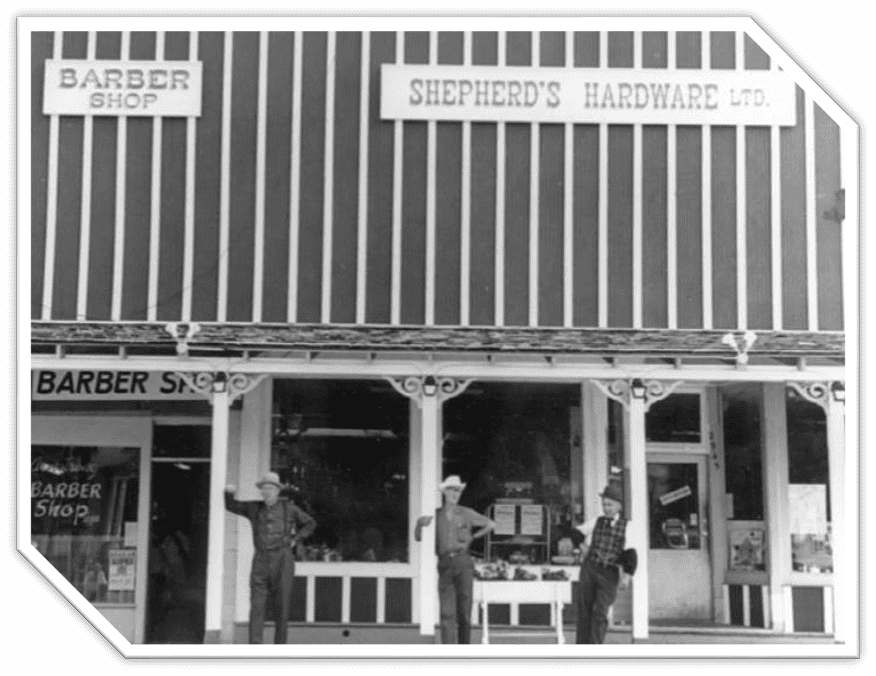 Shepherd's Hardware sporting a new Western Theme around 1967 when Armstrong buildings strove for a 'Western' look.G.H. Bawtenheimer, unknown, and Charlie Shepherd leaning on posts that support the awning over the sidewalk. 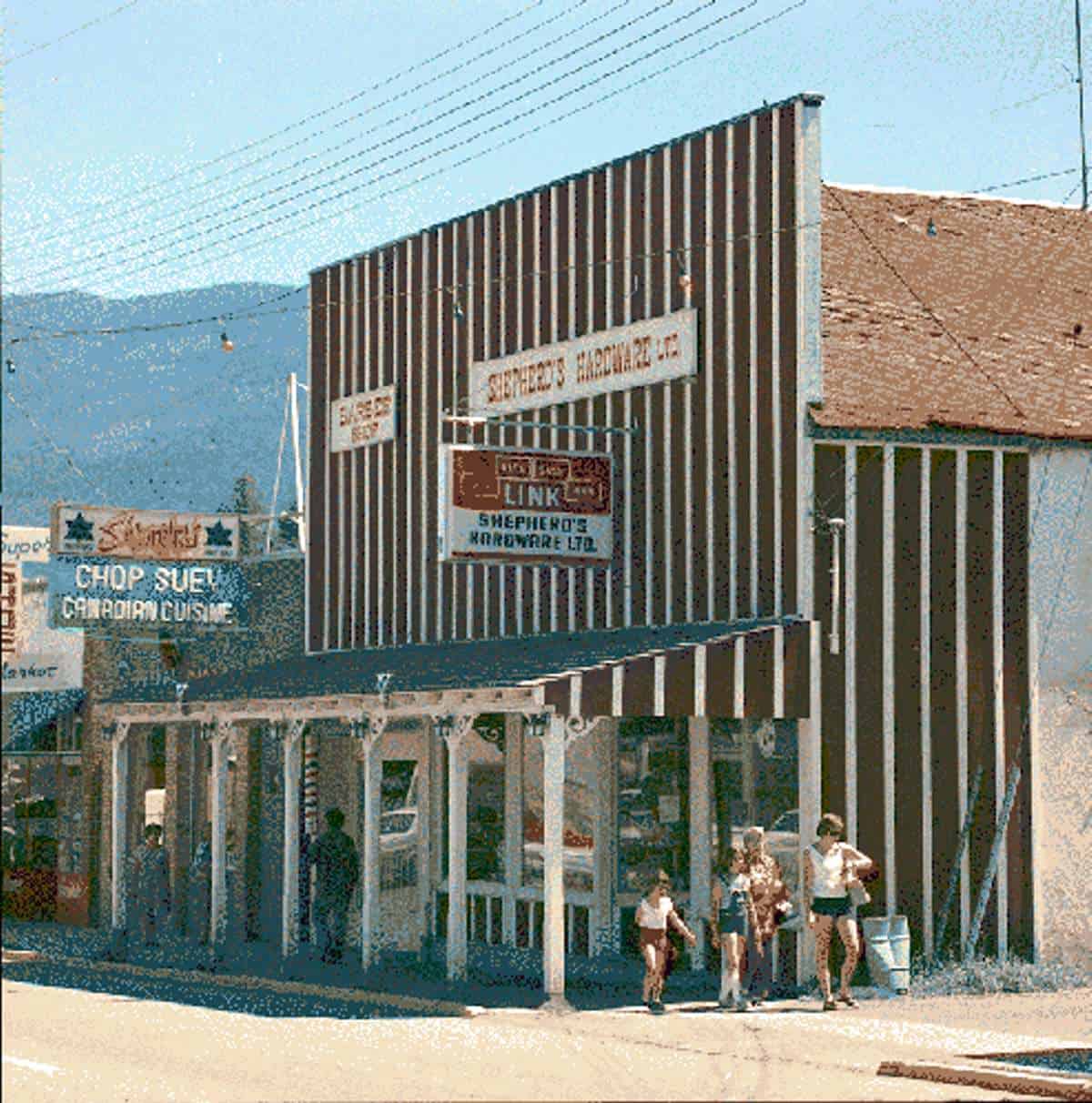 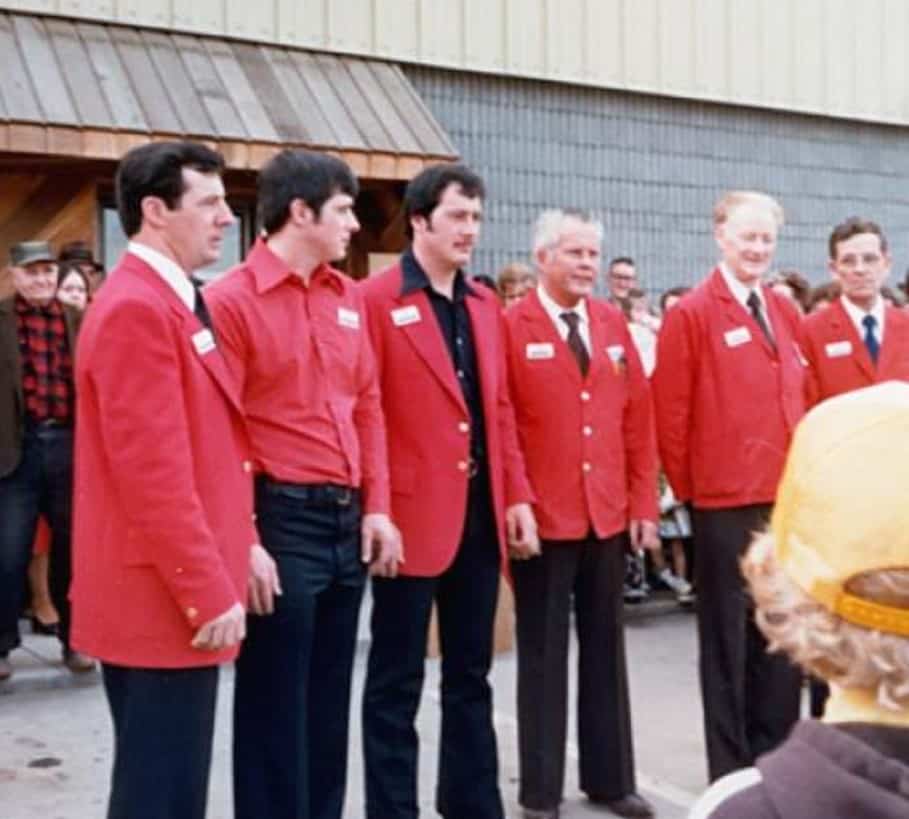 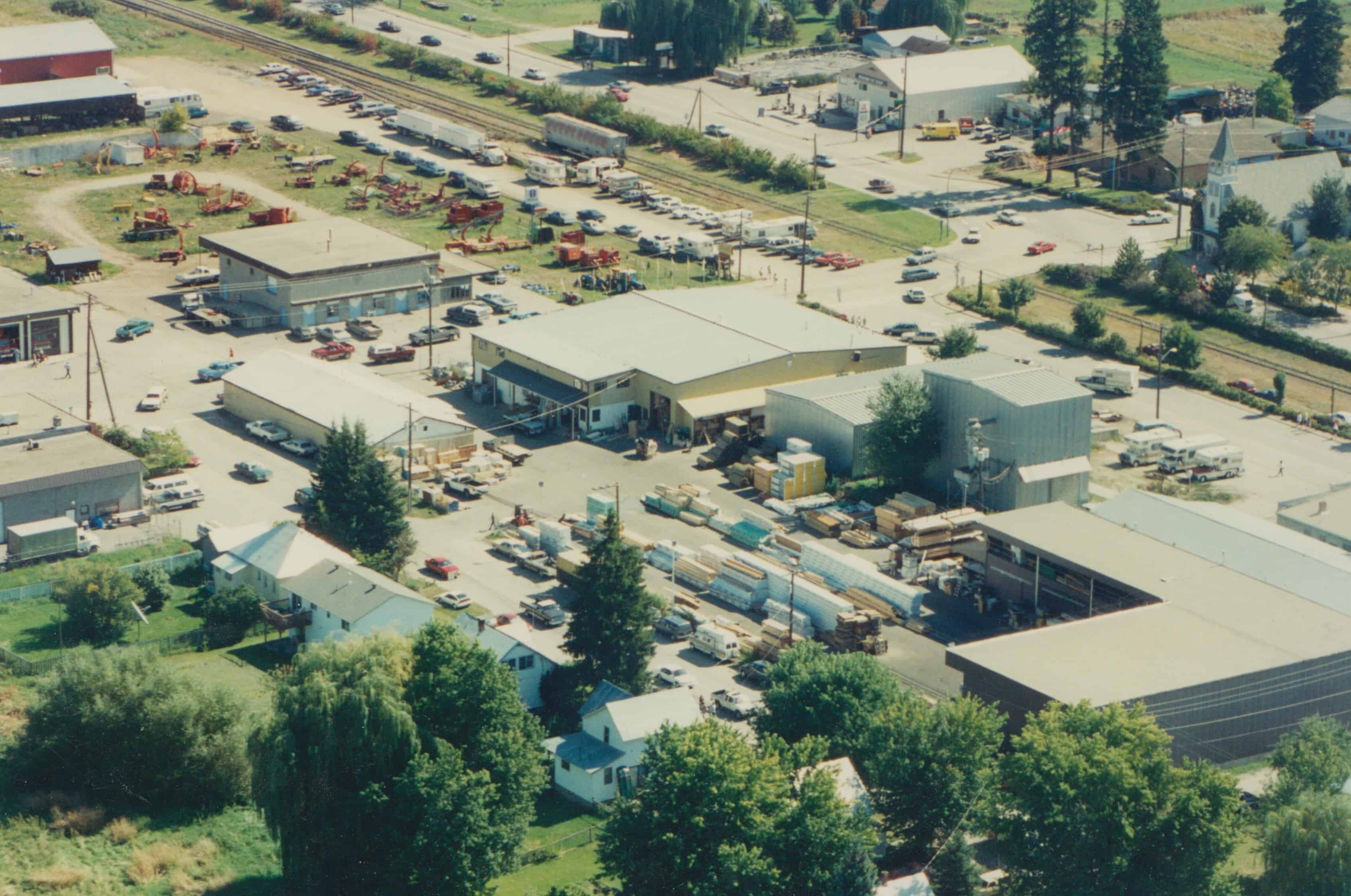 Aerial photo looking North-East. Photo would have been taken in the 80's. 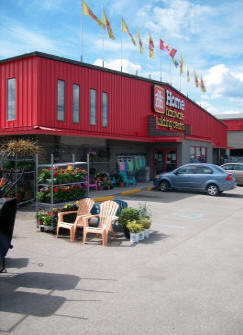 One of our more modern looks. Home Hardware's colours changed so the outside of the building was painted to match. 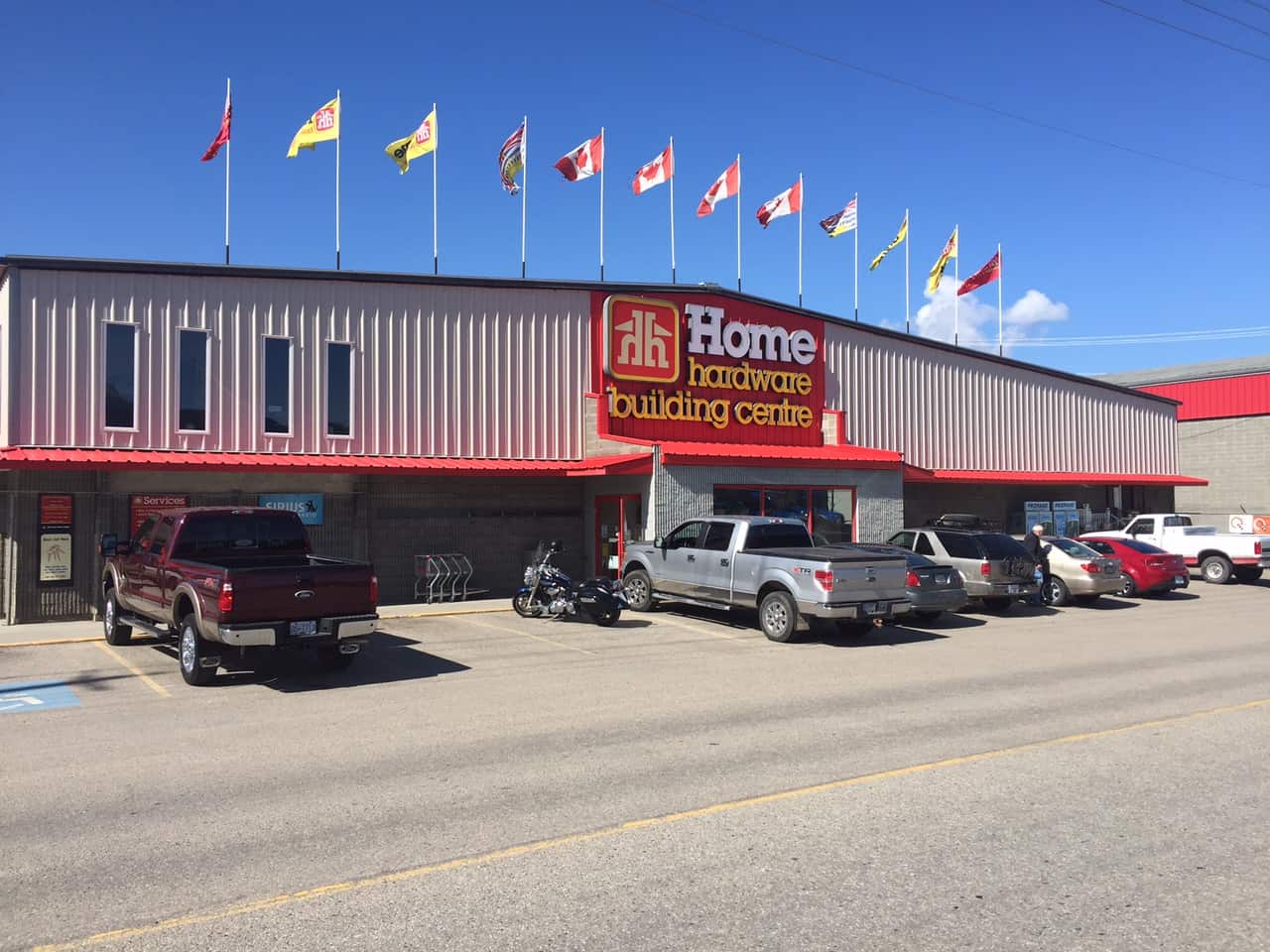 Another colour change from Home. We repainted and it looks great! 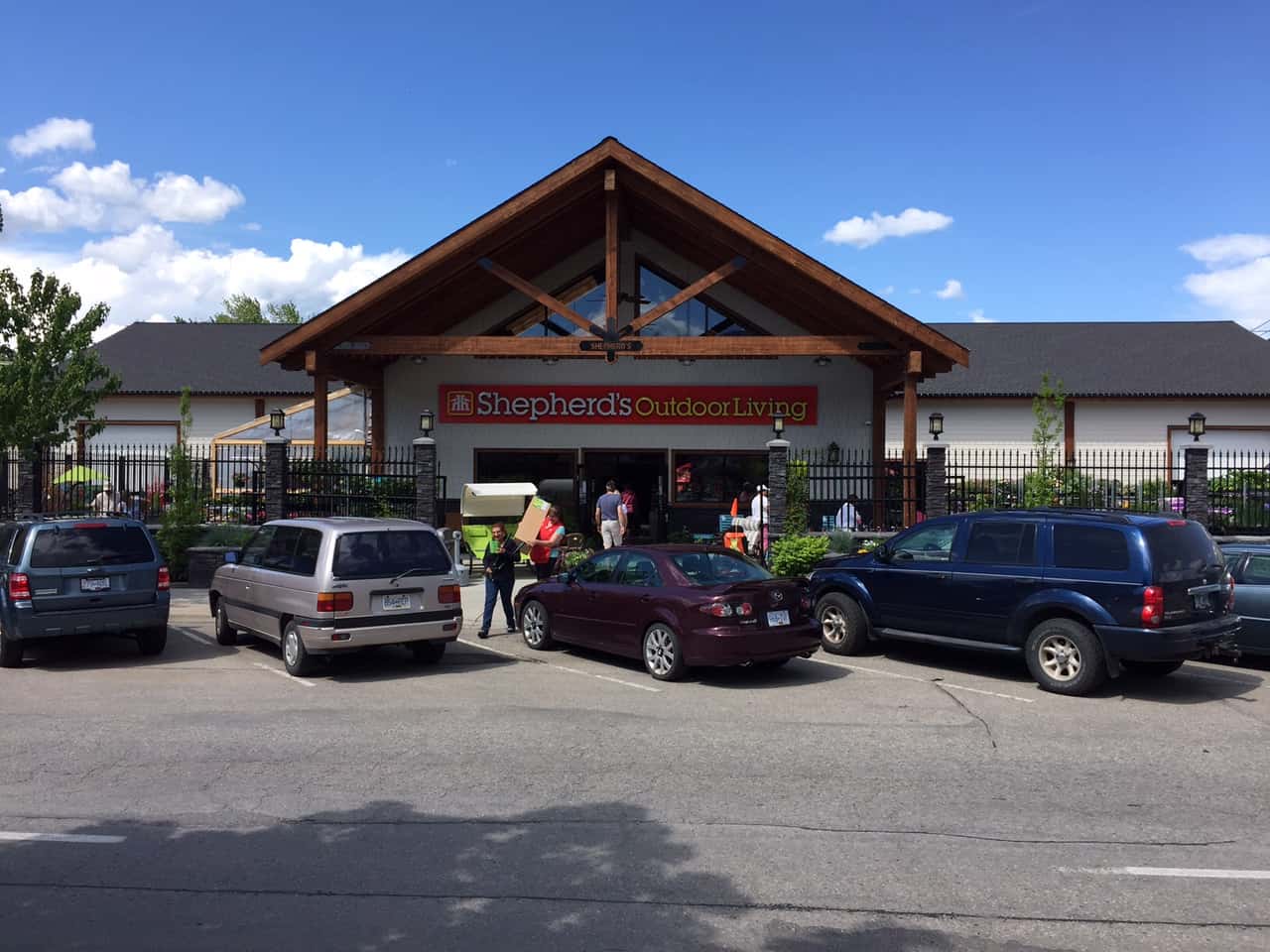 Due to growing pains, we built a new store just up the street on Pleasant Valley Blvd. It's called the Outdoor Living Centre!

When you visited our store from April to July prior to 2014, you would have noticed a large greenhouse in our side parking lot, surrounded by a temporary chain-link fence. It was full of plants from 4" pots to hanging baskets, all watered with a temporary watering system hooked up to a garden hose. At night we would push the lawn mowers that were out on display, back into the already packed enclosure, along with BBQ's and décor items.

It was tight. Every Aug it would have to be dismantled and set up again in April. There was a better solution.

The old Pea Growers building on Pleasant Valley was for sale by the current owner that had a Antique Shop running out of the building.

The land and buildings were purchased and the first step was to try and save the Junction Café and the old, old Silver Maple planted by the Bosemworth family.

We offered to anyone that wanted to save the Junction Cafe and move it, $5000 in moving assistance to relocate it. We had lots of interest, but no one was committed which was unfortunate. We did manage to save parts of the Junction cafe and incorporate them into our Outdoor Living Centre. Visit us to spot them ;)

Upon inspection of the tree, we found that, as with very large Maple trees of that age, many of the very large branches (trunks really) were too large to hold their own weight and were in danger of falling and possibly causing damage or worse, hurting someone.

We were able to save the wood from a good portion of the trunk, and had tables made from it. We also donated a portion of the wood to the Bosemworth family as a keepsake.

The following is a Student Essay and First Prize winner of the J.W.B Browne/CKOV Award (Junior Division) by Greg Lehoux.

On April 1st, 1925, John "Jock" Duncan Shepherd, a hardware man, from Erskine, Alberta moved his temporary home in Ladysmith, BC, to Armstrong, and purchased the P.T. Goulter Hardware store. Immediately he changed the name to "Shepherd's Cash Hardware". On July 1st 1939, his youngest son, Charlie Shepherd, joined him in the business. The store has had more recent owners, the Melvin brothers, but it still thrives today in Armstrong under the name of Shepherds Hardware.

There have been three locations for Shepherds Hardware over the last 62 years and the reputation for good service has endured. They were: first the old Co-Op building; second: the building that is now Downtown Realty; and finally, it's present day location on the corner of Mill a Street and Railroad Ave. The first Shepherd's building had no insulation, and all they had for heat was a sawdust burner. This building was located where the Armstrong Legion is today. They rented the store from the Co-Op Society from 1925 to 1948. The original name for the hardware store, "Shepherd's Cash Hardware" came from the business being unable to afford credit for its customers.

The second location was where today's Downtown Realty is. It was bought from a man named Fred Murray in 1948, the same year that the first store was torn down to make room for the new Co-Op Store. Before Mr. Charlie Shepherd bought it, the Murray store was a meat market. Some members of the Murray family used to live upstairs and run their business downstairs.

The final location was where you will find Shepherd's today. The switch to a brand new building was made in 1977.

There was competition in Armstrong in the hardware business in the early days of Shepherd's Hardware. The competition was a hardware and implement store that was owned by George Smith, and he named his store "MacPhail Smith", and then later called it 'Smith Hardware". Mr George Smith was a brother to the Smith family who owned the town's largest sawmill. "Smith Hardware", later "Vicker's Hardware" and then "Bronson's Hardware" were all located in the same building that Macleod's is in today.

In the early days freight and cargo were shipped by freight train from the wholesalers. Some of the wholesalers were Mc & Mc and Marshall Wells but the best supplier was Ashdowns in Calgary. To ship 100 pounds of first class freight (china, glass etc), it would cost the buyer $1.44. To ship 100 pounds of fourth class freight, it would cost the buyer .72 cents. From the train station, the freight was hauled by horse and wagon to the buyer's store. The buyer would pay for the merchandise when it arrived at the store.

During the depression the hardware store through a tough and trying time. There was not enough money so the hardware stores, or any other stores, could not afford to pay salaries and therefore could not hire any employees. Those stores which already had employees had to lay them off because owners could not afford to pay them. During the depression, the stores were more or less run by the owners.

"The two employees who were with me the longest were very good friends and very loyal employees," said Mr Charlie Shepherd, "were Ted Hoole and Ronald Price." Mr Hoole and Mr Price worked at Shepherd's Hardware in the 1950's, 60's, and 70's.

There were a few robberies in the history of Shepherd's, but one that Mr C.P. Shepherd remembers extremely well was when the store was located where the Legion is now. At the back of his store he had a sliding door which almost always  had a 500lb barrel of Linseed Oil in front of it. It was almost impossible to break into the store because you would have to move the barrel of linseed oil first. Every once in awhile five gallons of oil were taken out of the barrel to sell to customers. The Shepherd's had forgotten that the barrel was continually getting lighter. Then, one night a robber decided that he was going to break in. The barrel had so much oil taken out of it, that the robber was able to push it aside and get into the store.

Mr C.P Shepherd started to purchase an interest in the hardware business on July 1st 1939. He became full partner with his father on December 31, 1945. Mr J.D Shepherd died a sudden death on January 22, 1946. At this time Charlie Shepherd was a full partner with his mother who inherited the other half of the business. Mr Shepherd ran the business with his mother as a full partner. At the end of that year, a legal agreement was drawn up, so over the next few years Mr Shepherd made payments to his mother until he had paid in full for her half of the business. Mr Charlie Shepherd was not obligated to buy the store but he was always interested in the hardware business. After school and on weekends, he would always go to his fathers store and help out. He always enjoyed his work and had no complaints about owning the hardware business. Almost every day something funny would happen at the hardware store and Charlie Shepherd really enjoyed his customers. Once, he remembers, he had lost his eyeglasses and could not find them anywhere. So, he put an ad in the Armstrong Advertiser offering a reward of $10 to anyone who found his glasses. Days later, a near blind man, who loved carpentry, came into the store and was "looking" at the power tools on one of the shelves. Then the man said, "Hey I've just found a pair of glasses!" Charlie told him about the reward but the man would not accept it. So, Charlie said, "Listen, if a blind man can find a pair of lost glasses then he deserves the reward." The man accepted the reward and bought a clock that his wife had admired earlier in the store.

Shepherds Hardware was quite active in the Interior Provincial Exhibition. Every year Shepherd's usually had a display in the fair and if not, the store had a place for fair visitors to sit and rest in nice comfortable chairs with music playing in the background and a sign that read "Sponsored by Shepherds Hardware Ltd"

Other towns within the province had a theme. This was when the towns would put a new look on the buildings. In Armstrong a western theme was picked in the late 1960s and all the stores put western fronts on their buildings.

Also, once a year the people of Armstrong would sponsor the Arabian Encampment horse show at the fairgrounds. This is when most of the store owners in Armstrong and their employees would dress up in Arabian costumes and turbines and colour their faces brown. Shepherd's was extremely popular for participating in this event.

In 1972, while Shepherd's was where downtown realty is, Mr. Charlie Shepherd sold the store to Dennis Melvin and his partners Harry Earl, and his two brothers Brent and Dale Melvin.

In the year 1977, the store changed locations to where you see it now, on the corner of Mill Street and Railway Avenue. At this time the store was a part of Link Hardware which was a chain of hardware stores that spread all across Alberta and British Columbia. Now, the store belongs to the Canada wide organization called Home Hardware. The hardware store has employed many people over the years, but the most employees that were ever employed at one time was 32 people.

Shepherd's Hardware deserves the reputation it has for great service to the community of Armstrong over the last 62 years. We are proud to have such a historic business in Armstrong and hope that it will thrive for many more years to come. 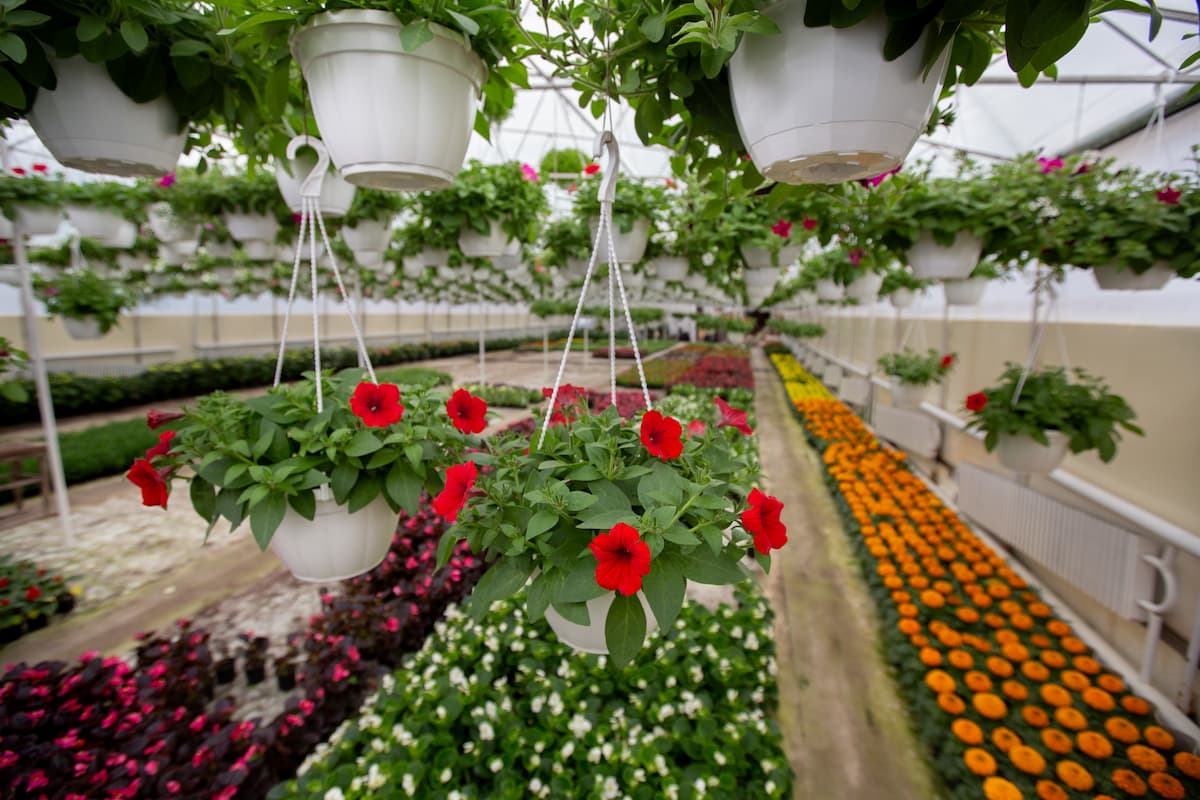 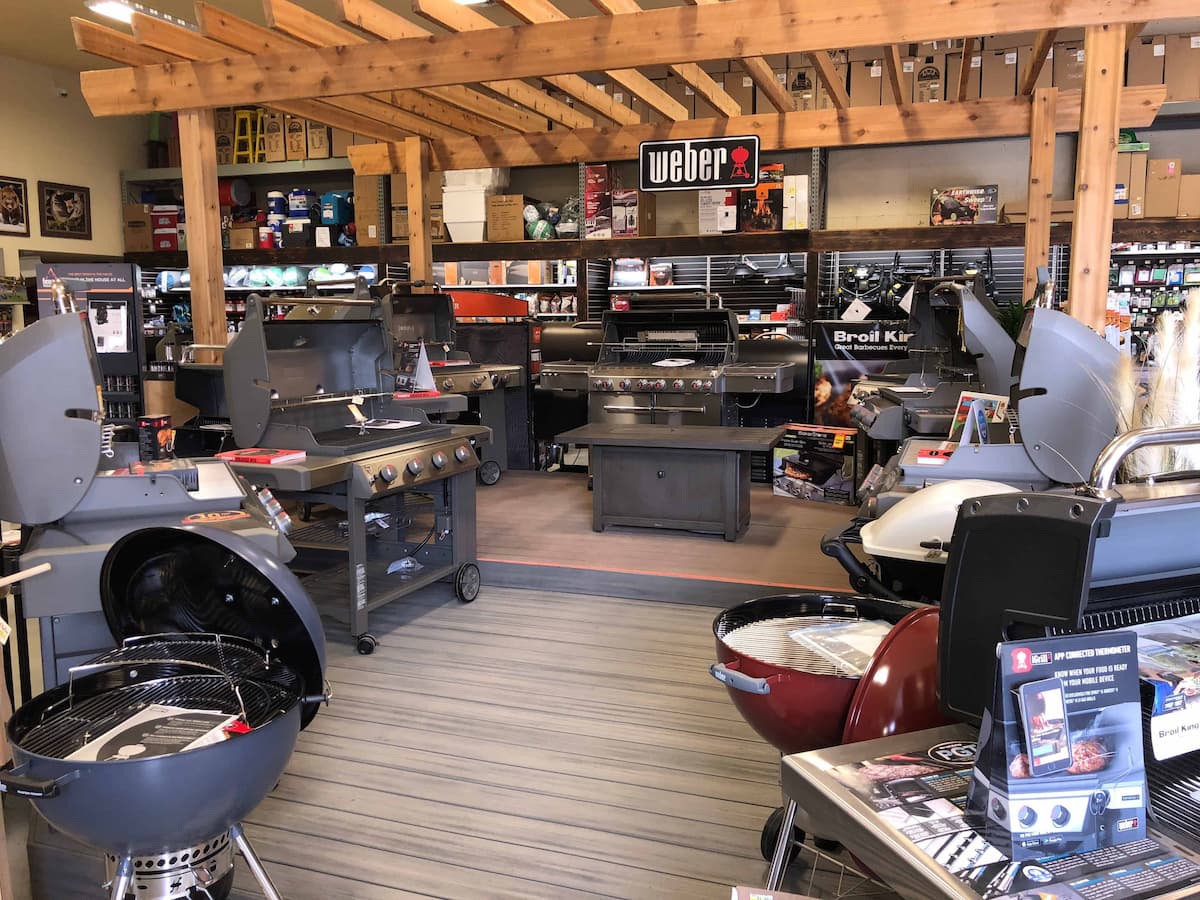 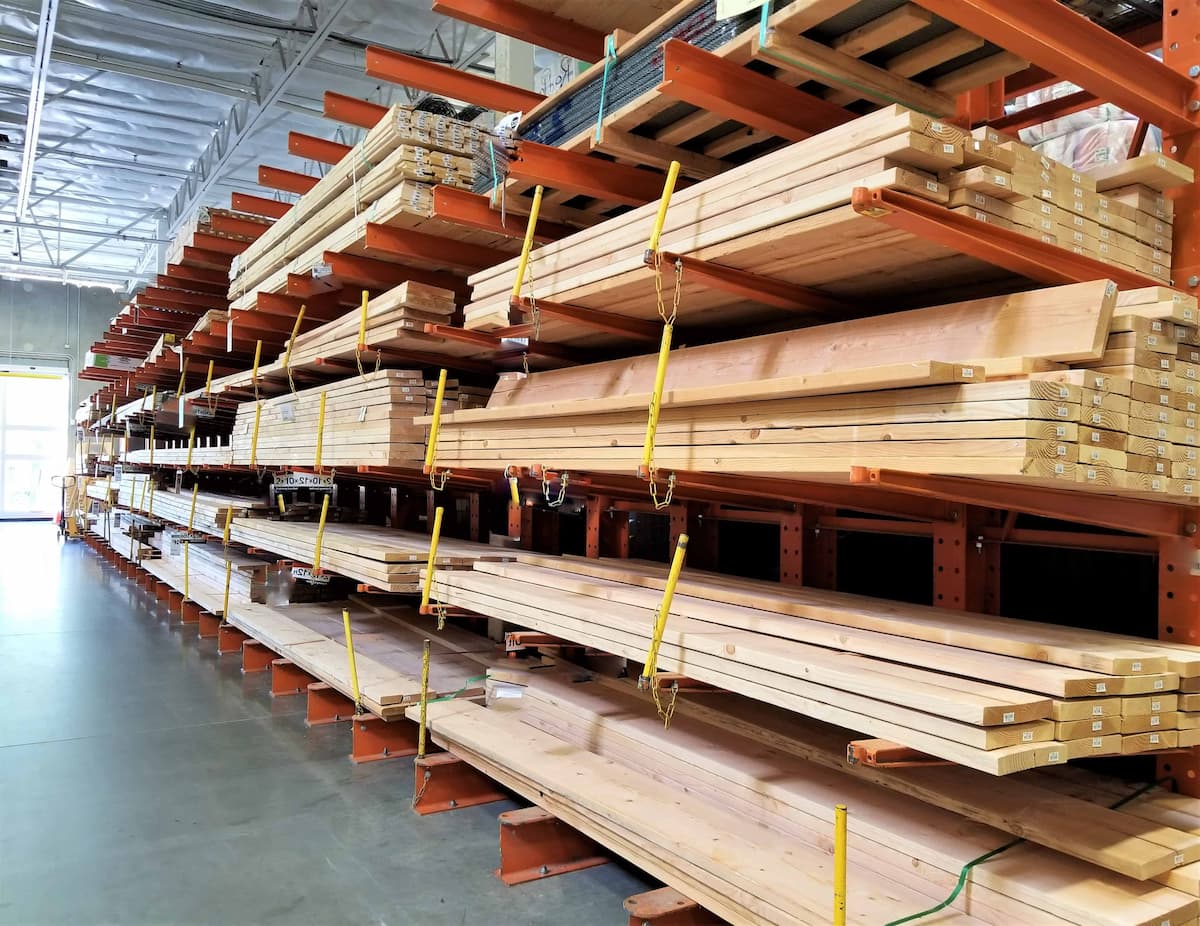 Do you need help finding something?

Need a specific product? Speak to an expert today. Our team is here to help.